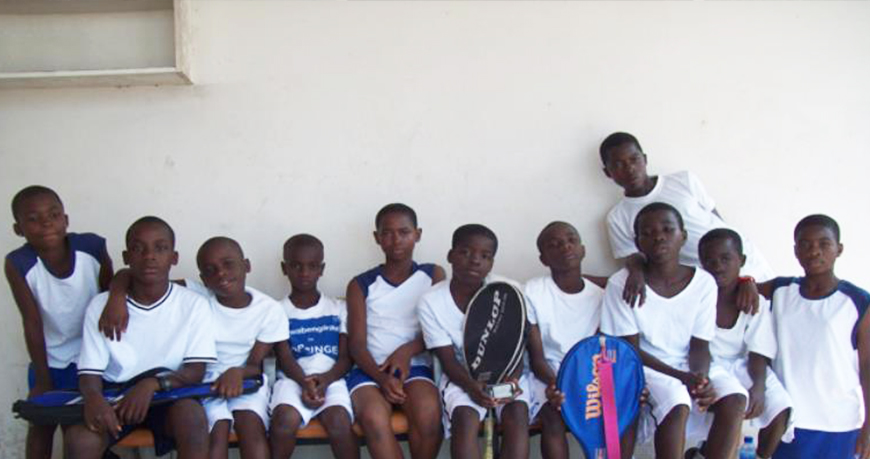 Doing the presentation on behalf of the Match Point Tennis Club, Ms Erica Nichols the New Administrator of the Club said she was immensely touched at the idea of tennis being played at the village level in a town in Africa and involving kids particularly girls at that. She said that Match Point Tennis Club is committed to the progress of the Academy and will continue to support the academy to make it sustainable.

Receiving the items on behalf of La Constance Tennis Academy, Dr. Kwame Aniapam Boafo, an OB/GYN at Montefiore Hospital in New York and the Founder of the Academy said that he was grateful for the generosity, passion and commitment Match Point Tennis Club has shown from its inception. He said he was particularly grateful to Jennifer the previous Manager who bought into the idea of helping the Academy. He said Jennifer had on several occasions in the past helped with the provision of tennis equipment to the Academy.

Dr. Boafo said he was equally grateful to the Kwakwaduam Association Inc. of New York (a Non-Profit Organization in New York) which is a founding partner of the Academy. He commended Nana Adu Adjei and Issac Offei who have glued the Organization together.