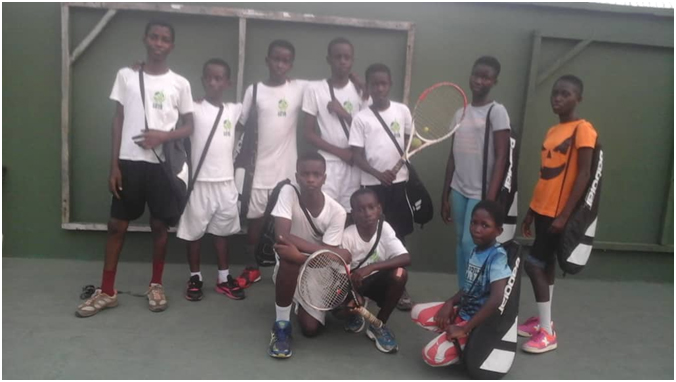 The La Constance Tennis Center of Akropong Akwapim excelled beyond belief at the just ended Under 14 and under 12 National Championships organized by the Tennis Foundation.

In the under 14 Tournament of the Girls competition, Veronica Antwi of La Constance Tennis Center of Akropong placed second while Jessica Acquah also of La Constance placed fourth.

In the under 12 section of the Boy’s competition, two of the boys from La Constance Tennis Center, Kwesi Amoako and Eric Yeboah qualified for the round of 16.

This is an incredible achievement given that La Constance was established as an after-school program for the Kids in the community barely a few years ago.

Commenting on the success of the Program, Dr. Kwame Aniapam Boafo, Founder of the Center said once again he was thankful first and foremost to the Management team comprising Glen Adu Adjei- Coach, Issac Offei – Administrator and Lizzy Opoku Mankosah– Assistant Coach for their devotion and commitment to the program. He said without them none of this would have been possible. He was also thankful to the Kwakwaduam Association of New York who were one of the Founding Organizations. He mentioned the numerous stakeholders who have helped sustain the program particularly; Don Hightower of the Tennis Warehouse who believed in the program and has shown incredible and tremendous support, the West Rock and Match Point Tennis Clubs of New York and numerous other individuals. Above all he the admonished the Kids to stay focused and committed to the program to enhance their own future endeavors.

The Mission of the La Constance Tennis Center is “Through Education, Social interaction and Advocacy, to use Tennis as a medium to inculcate discipline, education and the play of Tennis to advance the course of the Youth”