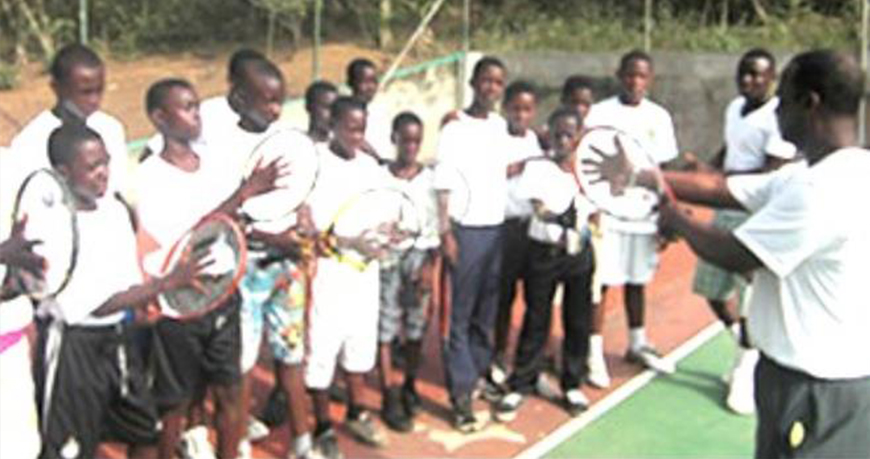 Kelly Gunterman the giant of tennis (certified by USPTA and PTR) and the founder of the Tennis Without Borders has donated dozens of tennis rackets to support La Constance Tennis Academy of Akropong Akwapim in Ghana. The donation was made in New York.

The Tennis Without Borders was founded by Kelly after he was invited to Uganda in 2002 to coach the National Team for their Davis Cup. The passion for tennis that he saw even with the limited resources drove him to establish the non-profit organization to support tennis in developing countries and the rest is history. He has been to Ghana multiple times with his friend David Nyarko to participate in tennis coaching and has donated tennis equipment all over Africa.

Visit Tennis without Borders on the web at www.TennisWithoutBorders.Net