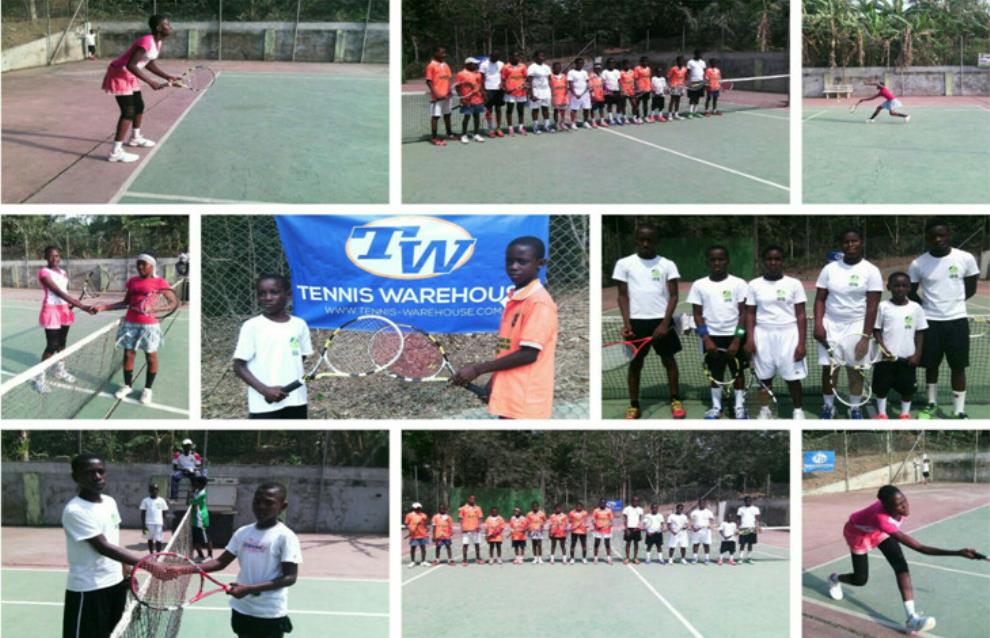 The La Constance Tennis Academy of Akropong celebrated its second anniversary in a spectacular tennis tournament over the weekend of the 20th February at Akropong Akuapem . The tournament involved national under 16, 14 and 12 years from the St Francis Tennis Foundation of Ahiaman, Tema.

It was a spectacle watching these kids engage each other in a fierce battle for honors. Barely two years old, the La Constance Academy kids proved their mettle.

It will be recalled that La Constance Tennis Academy was established as an after school program between an understanding of the Kwakwaduam Association of New York and the Management of La Constance Hotel. Its original intent was to engage the children, take them off the streets while introducing them to the game of Tennis at the village level. It has morphed into a beautiful operation and has been widely successful.

The coach of the Tennis Academy Nana Agyei was full of praises for the Kids and indicated his commitment to groom them into National Stars or give them a talent for their future. The Operations Officer Mr. Offei said he was amazed at the rate at which the Kids were progressing and hoped that the community would embrace and support them. He said he was glad the academy has been able to recruit an equal number of girls.

La Constance has received considerable logistic support from institutions from the United States of America; Don Hightower of the Internet based Tennis Warehouse, Kelly Gunterman of the Tennis without Borders, The Match Point Tennis Club of Orangeburg NY and the Solaris Sports and Racket Club of Westchester. Dr. Octavian Popa, an Anesthesiologist and an avid Tennis Enthusiast and Player has been an ardent supporter as well.

The Founder of the La Constance Tennis Academy (so named after his mother) Dr. Kwame Aniapam Boafo said he was humbled by the progress of the Academy and wished for more local support to make it sustainable.